EXPLORING THE FUTURE WITH DIGITAL NATIVES

Anchored in ethics with no time to waste – what Digital Natives can teach us
October 20th, 2019

In 2018, Allianz conducted its  Digital Generations Study (click for full summary), which investigated the differences among three disparate generations of digital users. Of particular interest were the attitudes and beliefs of the post-millenial demographic cohort, typically referred to as Generation Z (or Gen Z). For these individuals, born at the turn of the 21st century with the Internet already in existence, there’s an ease and fluidity between their online and offline worlds, which sets them apart from the generations before them, earning the members of Gen Z their other nickname: “Digital Natives.”

This year, as part of an expansion of its Digital Generations Study, Allianz visited its youth initiative, Allianz Explorer Camp (part of the Global Explorer Program), in order to speak to six exceptional Digital Natives from around the world, in addition to entrepreneurs, green activists and a senior strategist, to get their thoughts on the future of our planet.

Regardless of age, climate change is on everyone´s mind. 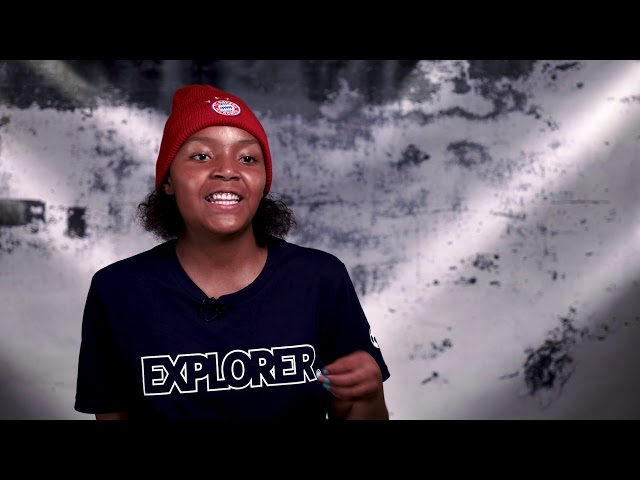 When asked directly about their fears for the future, the dire state of the planet was frequently invoked. “They say the world will end in like 10 years because of climate change,”  explained participant Ahmed Shaker from Egypt. Ahmed, who wants to be an actor, admires Leonardo DiCaprio because of his vocal concern for the planet and its people. Tomas, a 15 year old from Buenos Aires who competes in robotics, loves football and basketball, and considers his father to be his role model, also shared his urgent opinion, “we have to take care of the future or there won´t be one.”
While Digital Natives began the session openly expressing their concerns about the future of climate change they left well-equipped to take action. Among the solutions presented to them was Felix Finkbeiner’s tree planting mission. At the tender age of 22, Felix is already an environmental protection veteran, with his organization “Plant-for-the Planet” on a singular mission to plant one trillion trees. Felix argues that we aren’t in need of new solutions to combat climate change, what’s really missing is action: “ (…) we simply need to implement (…) and scale up”. Having founded his organization at the age of nine, Felix has personally demonstrated how even the youngest among us can positively impact the world: “if our youth organization can plant 2,5 million trees very year in Southern Mexico, then anyone can (...) companies and entrepreneurs can easily scale up similar projects.”

Faith in the government providing climate solutions is declining. 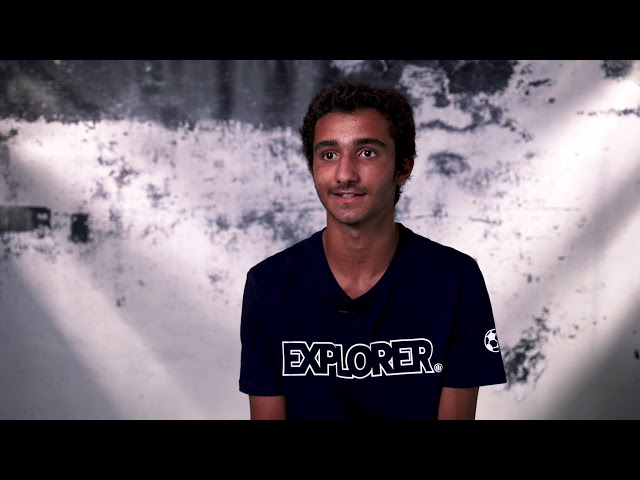 “They should join [the] government and make the world a better place. It´s more important to save a life. People are worth more than a sheet of paper.”
- Marco Caballero Solis, 16, Mexico City, Explorer Camp participant
Other Digital Natives present felt politicians and political bodies didn’t represent their interests, with Tomas from Argentina explaining:  “[politicians] don´t even care about people.” None of those interviewed expressed an interest in entering politics or in many of the specific topics routinely associated with a political agenda. When asked whether they would vote, the majority said yes, because the concept of voting still seemed important to them. However, none, with the exception of Amina, expressed interest in any particular political party, instead expressing that they would vote only to pick the “lesser evil.”
Prompted to answer the hypothetical question of what they would demand of all world leaders if they could dictate their own agenda, many struggled to come up with specific ideas. Those that did, felt government institutions were more suited to combat social challenges like hunger, racism, or lack of infrastructure. Yet despite the omnipresent climate discussions and a burning Amazon that virtually all of the youths expressed concern for, not one of the interviewed Digital Natives seemed to associate solutions with political leadership.
Less than a decade older, Felix Finkbeiner also articulated his disappointment in government and its ability to implement solutions. He explained: “In 2015, I was incredibly hopeful when the Paris Climate Accord was signed.” However, since that time the failure of multiple governments to pursue and implement those goals left him questioning their dedication to truly avoiding climate change. He specifically credits the now 16-year-old Swedish environmental activist Greta Thunberg with bringing climate change to the very top of the public and political agenda, applying the type of pressure that he believes will have: “any chance of addressing (climate change) sufficiently.”
Dan Raven-Ellison is equally encouraged by young people rising up, and explains the power of younger activists: ”they're articulating something which sits really uncomfortable with some people because they know they've been told the truth by someone that is 20 years younger than them.” He also discussed how progressive movements have created tipping points and seismic changes in the past (i.e. nuclear proliferation), and emphasized that the key question in transitioning to environmental and social fairness would be to go beyond protesting, and instead: “taking up positions of political leadership to drive those changes through.”

Expectations for companies and the private sector to deliver solutions are growing. 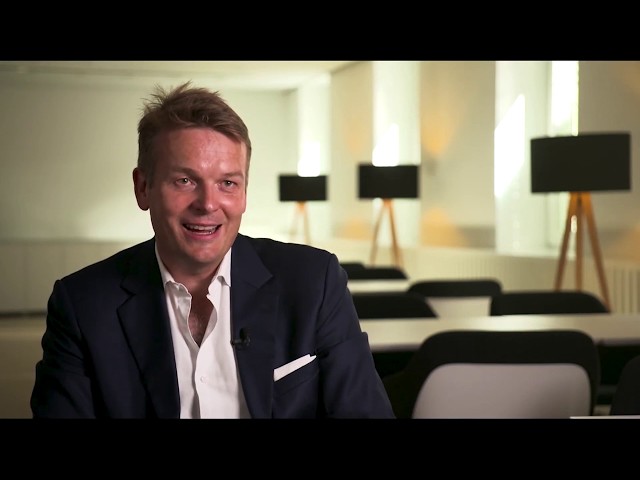 “We try to plant seeds, in terms of ideas, in these youths. We hope they will grow like trees and expand throughout the world [as] good ideas.”
- Serge Raffard, Lead Strategy Marketing and Distribution for Allianz
Serge Raffard, Lead Strategy, Marketing and Distribution at Allianz, thinks their expectations are not far off the mark. He sees people looking to large corporations, especially financial institutions, to act on many important issues, especially because of their ability to financially impact developments across all sectors: “Allianz has two trillion Euros in assets under management. Depending on whether we invest for climate-neutral or climate-positive industries, as opposed to a climate-destroying industry, it can make a big difference.” This is a difference the insurer has already started pursuing by divesting from coal and refusing to insure it. Felix Finkbeiner also made the case for encouraging corporate eco-friendly behavior: “this generation is going to pay more attention to whether or not companies act ethically in their choices.”

He is equally enthusiastic about the positive potential of private interest in creating: ”new solutions to combat old problems,” and views insurance as one of the few industries at the intersection of public and private interests.

Referencing the example of a new super sewer for London to prevent urban flooding, Raven-Ellis ponders whether the integration of local micro-solutions like irrigation, greywater mechanisms, and the re-use of rainwater within its own boundaries could create a natural flood-reducing mechanism. Pairing this with individually lowered insurance fees, natural prevention mechanisms would not only incentivize private households but: “de-risk environmental risks,” offering real, inclusive and scalable urban solutions. At the same time, Raven-Ellison warns of the slippery slope of placing too much power in the hands of companies. Offloading responsibility to the private sector to combat climate crisis may be problematic as companies are ultimately accountable to their shareholders and have no public mandate to serve people in the same way governments do.
Still, Digital Natives are quick to give credit to companies, in this case Allianz, for creating and implementing philanthropic youth initiatives like those at the Explorer Camp. Tomas explained he felt Allianz was trying to “give them all the information,” while Amina felt supported to “showcase our talent (..) so we can become role models.” Finally, Rayan, an aspiring economist from Lebanon, shared that he felt supported in improving as a human.

Learning from Digital Natives means being ethical and being quick.

“Who are the enablers that are going to transform society and lead the world in a better place? The reason why we're taking a landscape point of view with the national park city idea is that it does include everybody - and all sectors.”
- Dan Raven-Ellison, guerrilla geographer and National Geographic Explorer
The role the Digital Native can play in influencing company structures, market strategies, and corporate decision-making goes far beyond inspiration and freshness of thinking. Digital Natives make up about a quarter of the current population. For most of them, their choices in consumption must align with their values: “I will never go in contradiction to my principles. Never. Never,” explained Tomas. Accordingly, businesses will have to deliver products and services that address the ethical concerns of this generation. Blessed with an almost uncanny ability to detect insincerity, and comfortable collecting and cross-referencing many sources of information, Digital Natives are already leading businesses to rethink how they deliver value to their customers.
The hyper-confident Digital Natives don´t question that companies could and should be interested in their point of view. Marco Caballero Solis from Mexico City, an aspiring sports journalist who admires celebrity YouTuber Diego Dreyfus, thinks talking to Digital Natives like himself allows companies to understand what is really important before money becomes a deterrent from the truly important things: “we can see the future in a better way.” Other youths respond that they could provide “inspiration” (Tomas), and that companies should learn to “adapt (..) to meet our wants in the future” (Niamh).
Serge Raffard of Allianz sees engaging with Digital Natives as a way of exploring and challenging both personal and professional curiosity: “There are new ideas and fresh thinking with this generation (…) they are showing us new ways of communicating and [asking] uncomfortable questions that we need to reflect on.” Given the state of our global climate and Allianz´s strategic goals of insuring the future, Raffard believes new ways of thinking and strategizing will be required to creatively problem-solve. Scaling that idea, he toys with the idea of a “gig economy for digital natives” to be able to break through spatial barriers but also in order to take advantage of diverse insights from across the globe at all socioeconomic levels.
Participants at Explorer Camp weren´t only concerned with making the right ethical choices when selecting brands or products, but also with living a purposeful life and paying it forward: “I like helping other people, that gives me a purpose to do something; to be a good person,” explains Amina. When asked about what would interest them in a future employer, none of the Digital Native panelists mentioned money, instead expressing more idealistic goals: “they would need to do something for people (…) like giving back,” shared Ahmed.
By 2020, Digital Natives will make up 40% of the working population, but their “refreshing sense of urgency” (Raffard) is already showing impact, with their collective choices and convictions putting significant pressure on companies to practice what they preach.